Without warning a sinkhole opened and gobbled up eight rare Corvette motor cars on display at Kentucky’s National Corvette Museum.. 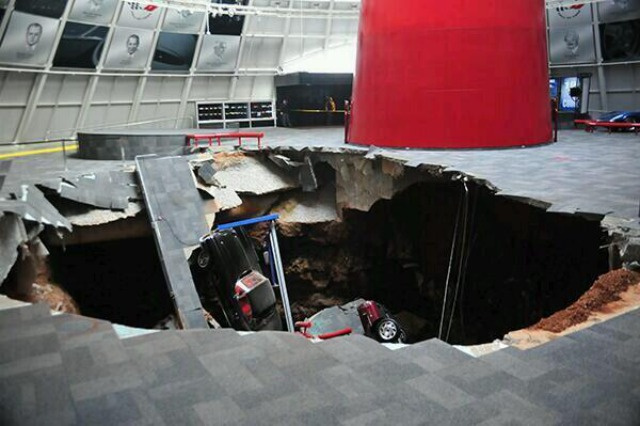 The hole, which resulted from underground caves, is 40 feet wide and at least 20 feet deep. The room with the sinkhole has been closed, but the rest of the museum remains open for business.

Two of the expensive whips were on loan from GM!

The other six vehicles already owned by the museum: