Arnold Schwarzenegger: FOOLS NO ONE In ‘World’s Worst Disguise’

As part of a campaign to promote after-school fitness, Arnold Schwarzenegger went undercover at a gym earlier this year. EVERYONE recognized him, mostly because he donned the world’s worst disguise.. 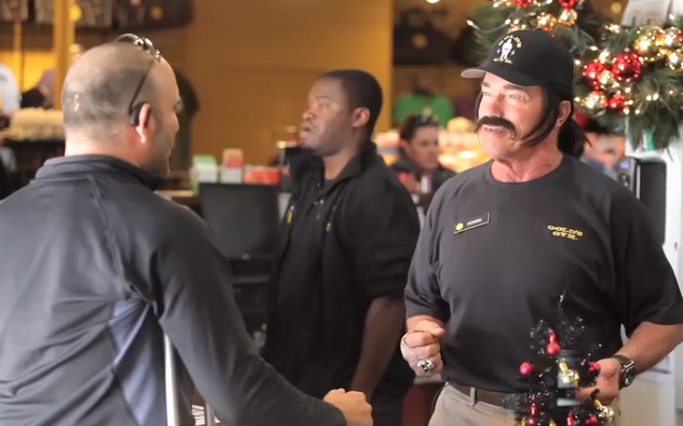 “You look so familiar to me,” one woman at the Gold’s Gym in Venice, California told him. “Maybe you’ve seen me on an FBI Most Wanted list,” he said back.

Not everyone was fooled, not by a long shot..

“Come on, Arnold,” one guy said. Schwarzenegger stayed in character. “My name is Howard,” he insisted.

This COULD have been funny(er) – IF Arnold had not looked so much like Arnold! Now if only he could only explain those weird beer commercials.