4-month-pregnant JWoww has revealed that she has been placed on medication after severe bouts with morning sickness. 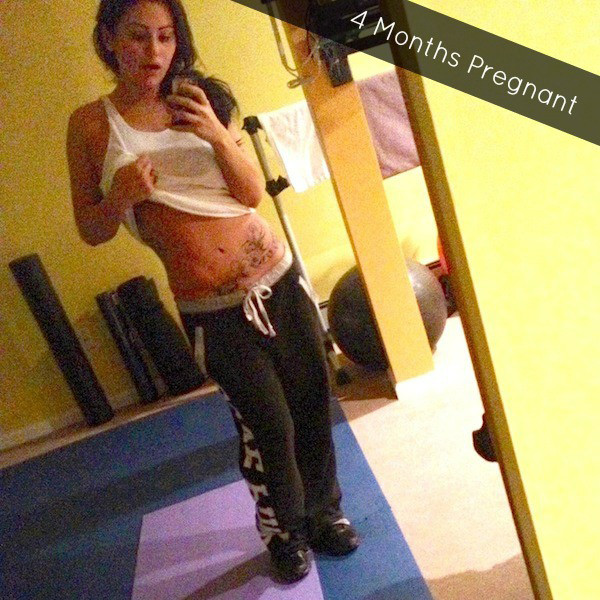 “I was put on [anti-nausea medication] Zofran because I lost nine pounds in three weeks,” the MTV reality star exclusively tells me. “I have been feeling hung over every day or I’m hugging the toilet.” Adding, “I’m cool with it.”

This means she’s had to give up her gluten and dairy-free diet. “The only thing that settles my stomach is cereal and Greek yogurt,” JWoww said.

And wait till you hear what her fiancé Roger Mathews likes to do!

“Every morning, Roger gets me water and a bowl of cereal but as a joke he always puts something in my cereal,” JWoww said. “Last week, I got a prune then a baby carrot and then a hardboiled egg in its shell. I think he gets a kick out of it and hearing me scream at him.”

The couple got engaged in September 2012.

The season finale of Snooki & JWoww airs tomorrow at 10 p.m. on MTV.