Flavor Flav ARRESTED Then Allowed To Drive On 16 Suspensions

Rapper Flavor Flav was arrested for driving with a suspended license after Long Island cops caught him speeding — with pot in his ride, officials said. Flav was driving on 16 License Suspensions. Then released, and allowed to drive, so he could attend his mother’s funeral. 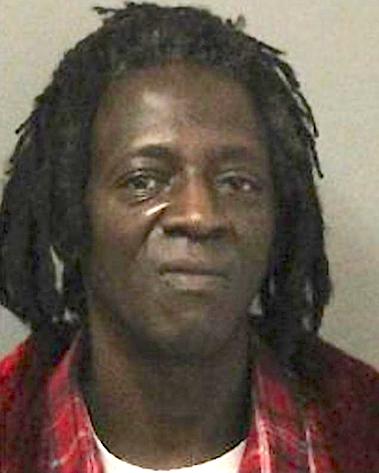 The former member of the rap group Public Enemy was pulled over at 9:30 a.m. after Nassau County cops clocked him going 79 mph in a 55 mph zone on the Meadowbrook Parkway near Hempstead, police said.

The 54-year-old rapper, whose real name is William Drayton, had a small amount of marijuana on him, police said. A check of his record showed 16 license suspensions, police said.

Flavor Flav is best known as part of the rap group Public Enemy and went on to have his own reality TV show.

He was arrested and charged with felony aggravated unlicensed operation and criminal possession of marijuana. He was also cited for speeding.

Flavor Flav was given a desk appearance ticket and released in time to attend his mother’s funeral, police said.

He was ordered to appear in Nassau County First District Court in Hempstead on Jan. 28.