Zac Efron was spotted at a recent Lakers game wearing a blue AA sobriety chip around his neck! Congratulations Efron! We are so proud of you! 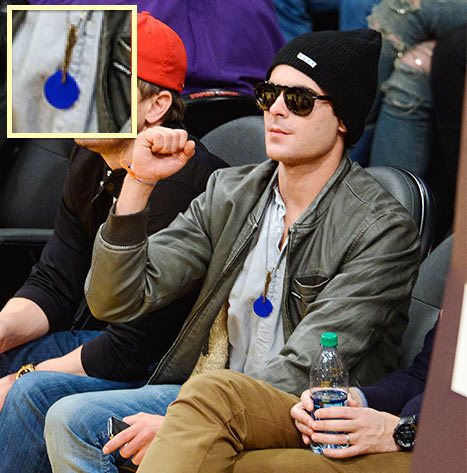 The blue chip is only presented to AA goers who have successfully completed six months sober. The actor completed his rehab in April of 2013, which means December marks 6 months off the sauce!

Efron seems to be keeping busy post-rehab. His film That Awkward Moment hits theaters on Jan. 31, 2014. The former child star broke his jaw in November after a fall at home and had his mouth wired shut.

But it seems to have healed, and on Dec. 15 he was all smiles at a Colts game while posing with Colts player Matt Overton.