The Suzuki Motor Corp just revealed the name of its newest entry into the minicar market – and it’s a doozy.. 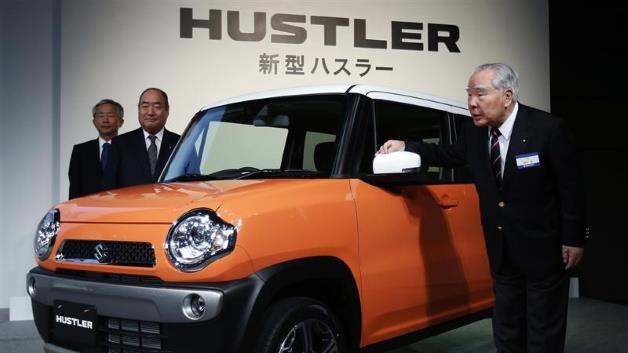 “Hustler” is the moniker for Suzuki’s new, boxy car aimed at outdoorsy types. The vehicle is named after an off-road motorbike released in 1969 called the Hustler 250, said a Suzuki public relations officer.

Not everyone will draw the comparison between Larry Flynt’s adult publication of the same name, these days younger folks find a hustler synonymous with someone who knows how to get money from others, i.e. selling drugs, rolling dice and straight up big pimpin!