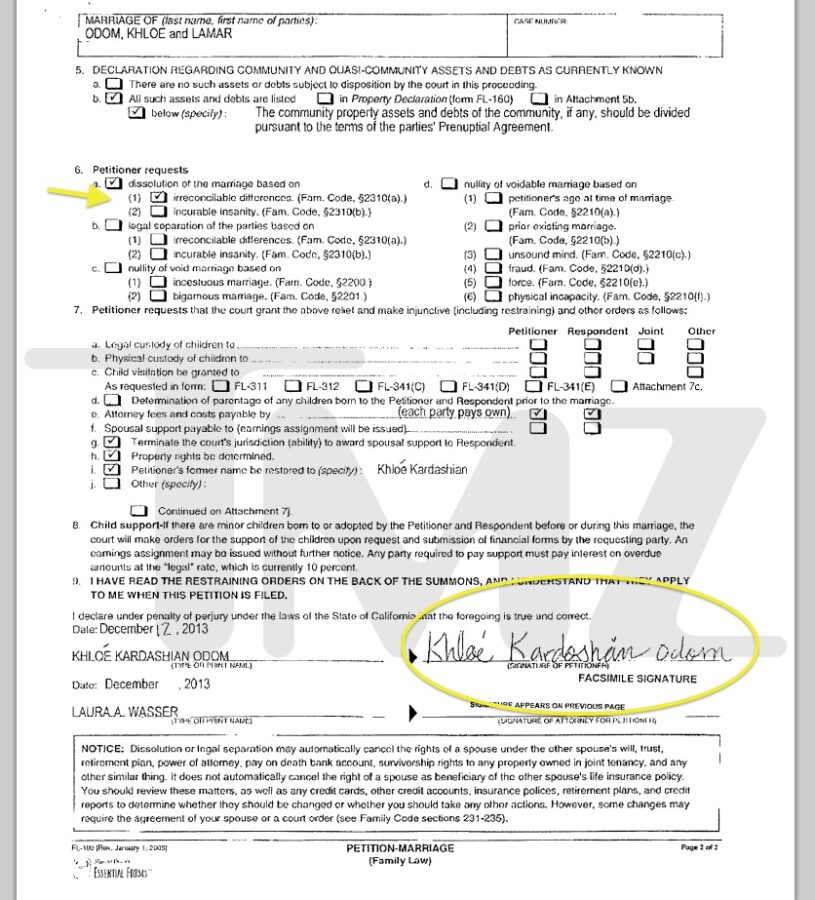 Khloe pulled the trigger today on her 4-year marriage to Lamar, who has been deep in the world of drugs on and off for the last 2 years.

As we previously reported, the couple has a prenup so division of property will be a cinch — they kept all their property separate.

And Khloe is asking the judge to take Odom out of her name, so she is once again simply Khloe Kardashian … eliminating Odom from her life in every way.

And, Khloe is NOT asking for spousal support and wants the judge to reject any bid by Lamar for the same.