A still unknown man passed himself off as a sign language interpreter after appearing at a memorial service for late South African President Nelson Mandela Memorial. 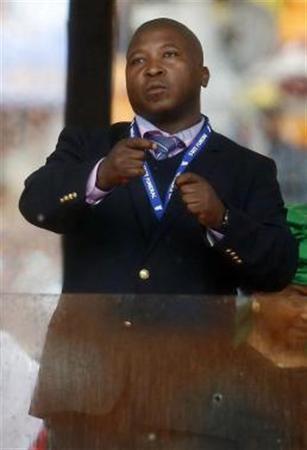 The man, while punching in the air, acted as though he was translating the speaker’s speech into sign language, but it was all fake..

South Africa’s leading deaf association has condemned the presence of the unknown man at the memorial, which was attended by President Jacob Zuma and scores of world leaders including U.S. President Barack Obama. 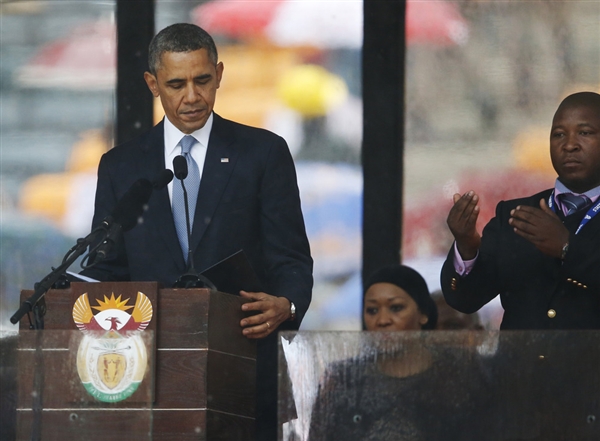 While dignitaries were addressing the crowd in the 95,000-seat Soccer City stadium, the young, suited man with an official security pass round his neck produced a series of hand signals that experts said meant absolutely nothing.

Besides the bizarre twist to an event that also saw Zuma booed and jeered, the man’s presence on the stage within yards of Obama and Brazil’s Dilma Rousseff raised awkward security questions. 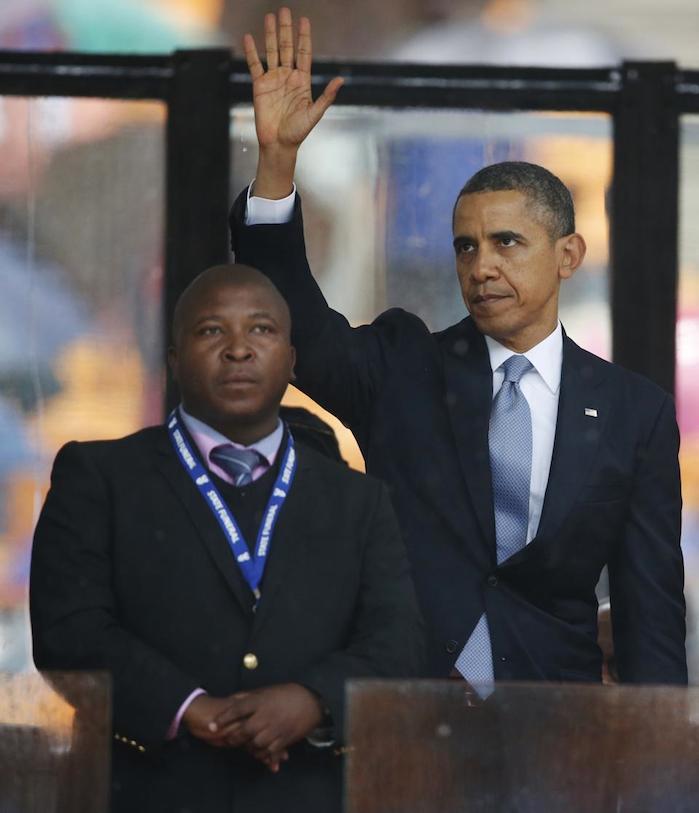 “He was basically gesturing. He didn’t follow any of the grammatical rules and structure of the language. He just invented his signs as he went along,” said Delphin Hlungwane, an official sign language interpreter at DeafSA.

The fake interpreter also failed to impart to television viewers – as he should have done – that the crowd gave a hostile reception to Zuma, a scandal-plagued leader who faces an election in less than six months.

“You’re supposed to indicate with your facial expressions, even if it’s not an exact sign,” she said. “He didn’t indicate that at all. It just passed him by.”