Even with all the promotion pomp and circumstance, Miley Cyrus failed to garner a single Grammy nomination..

Miley Cyrus’ album, “Bangerz,” didn’t come in under the Grammy Sep. 30 cutoff for eligibility, but her singles did! And not a single, stinking one will have a chance to win the coveted award. All this despite owning the summer’s big hits with earworms “We Can’t Stop” and “Wrecking Ball.” 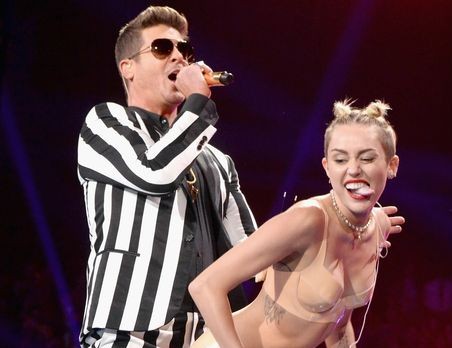 Cyrus’ album, “Bangerz,” didn’t make the Sept. 30 cutoff for eligibility, but the summer hits “We Can’t Stop” and “Wrecking Ball” failed to garner any nominations.