Reports say that Putesky, 45 was diagnosed with stage-four colon cancer back in August and is now undergoing a six-months of chemotherapy. 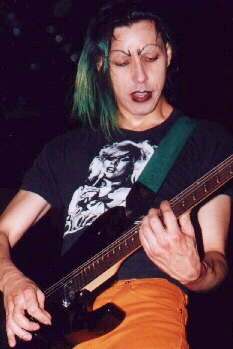 Stage-four cancer indicates doctors found that the disease may have spread.

Putesky has continued to play music since learning Marilyn Manson, performing and recording with a string of projects. He recently released a single with his own band, the Daisy Kids, and has done production work.

To help him pay for his medical expenses, some friends are staging a benefit concert at Churchill’s Pub in Miami on Saturday (November 16). There are a whopping 16 bands listed on the event’s Facebook page, plus a number of visual artists. Putesky won’t be on hand since he’ll be receiving treatment in Philadelphia.