Is That GRAY HAIR We See Kate Middleton?

Kate Middleton is human! We just thought you might like to know that! How do we know this? Just spot the plume of gray hair sprouting out of the middle of Middleton’s head.. The new royal mom is only 31!

The Duchess of Cambridge stepped out with her prince, William, to support the British Royal Legion on London Poppy Day, which memorializes those who died fighting in World War I. 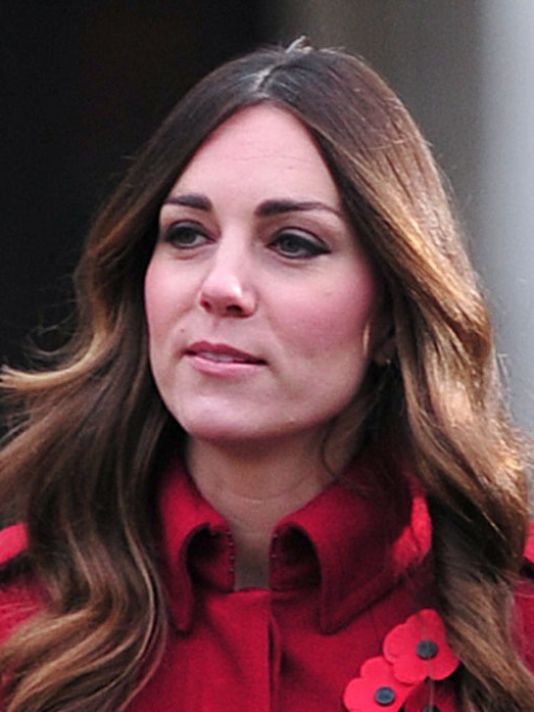 Kate chose to part her locks straight down the middle, straying away from her usual side part. But what really has the Internet abuzz is what was on display in the center of the part — gray hair. Gasp!

But graying hair is not unusual for women of Kate’s age, 31. And with all of her and William’s royal appearances as of late — oh, and not to mention taking care of a new baby — she might not have had the time to keep up with usual touchups.

Besides the gray hair, what is totally different about Kate’s look? Is this really Kate? What have you done with the Duchess?!