Sad day for music as legend songwriter and performer, Lou Reed has died at the age of 71. 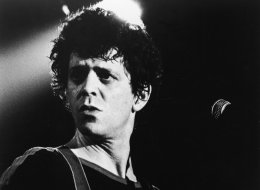 Reed is best known for his work as guitarist, singer and songwriter for the Velvet Underground, and his solo career. Reed had a profound impact on American culture, introducing avant garde rock and pop art to mainstream music. His work with Andy Warhol is noted as one of the most important collaborations in contemporary culture.

His cause of death was not immediately revealed, but Rolling Stone reported that he died on Sunday.