In honor of Will Ferrell’s new movie, ‘Anchorman 2,′ Ben & Jerry’s just released a new flavor which is said to taste like scotch, butterscotch that is.. 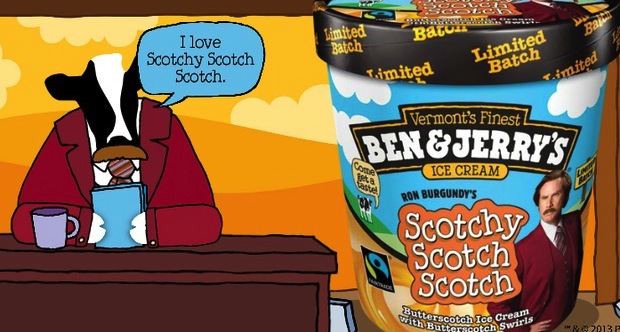 Ben & Jerry’s new flavor, called “Scotchy scotch scotch” features a big picture of Ron Burgundy and a few cows urging folks to give it a taste.

“Having Ben & Jerry’s celebrate the return of Ron Burgundy return to the big screen with the introduction of this special ice cream is an exciting and delicious way to build anticipation for the upcoming movie,” said LeeAnne Stables, president of consumer products for Paramount Pictures. 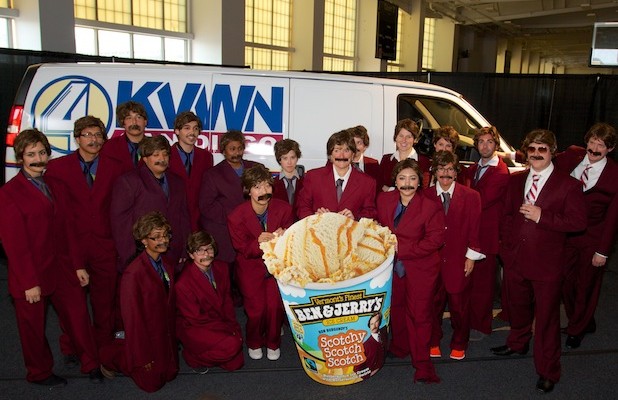 Unlike real scotch, this product is available for a limited time only.