The body of daredevil “Wingsuit Flier” has been located after the pilot went down in northwestern China. Wingsuit was a practicing ahead of the World Championships. 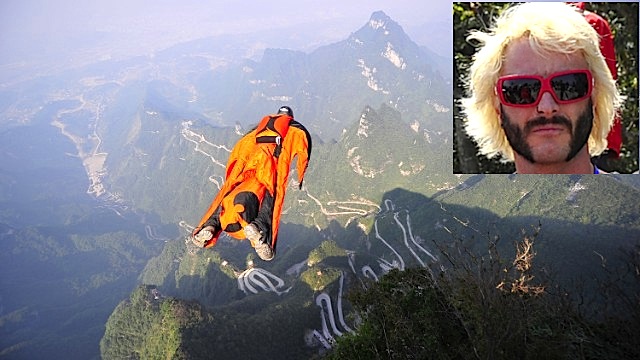 EMTs found Victor Kovats, AKA, WingSuit Flier, at the foot of a 350-foot cliff in Tianmen Mountain National Forest Park in Zhangjiajie..

Early reports say the stunt man died after his parachute failed to deploy.

“We are deeply saddened by Victor Kovats’s passing and our thoughts and prayers go out to his parents and friends during these difficult times.”

The comments can be found on the Red Bull World Wingsuit League (WWL), website.

Wingsuit flying is an extremely hazardous sport where participants glide through the air wearing a specially constructed suit with fabric under the arms and legs to slow the rate of descent. Much like skydiving, the flight ends with the deployment of a parachute. CNN.

Our thoughts and prayers go out to Wingsuit’s family and friends at this difficult time.