Researchers have discovered Bigfoot’s DNA! And it doesn’t match any known animal but is remarkably close to human DNA!

They have also tested “111 specimens of Sasquatch hair, blood, skin and other tissue types,” reports one news organization that went to the group’s news conference in Dallas yesterday. 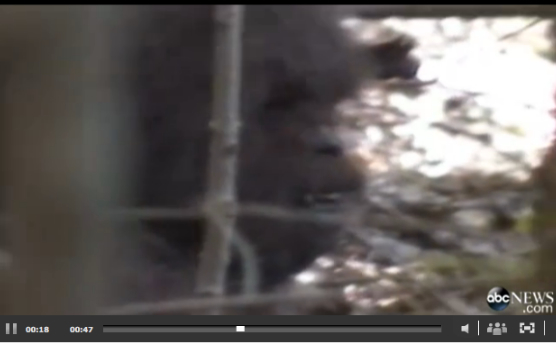 “They’re a type of people, they’re a human-hybrid, we believe. And all of the DNA evidence points to that. And they can allude us, so if you get [footage] at all, it can be fleeting,” Melba Ketchum, who has led the Sasquatch Genome Project, told ABC affiliate WFAA.

ABC aired footage of footprints of what researchers believe belong to a BIGFOOT AKA, Sasquatch, in the snow in Colorado.

Researchers at the Sasquatch Genome Project have debuted video of a Bigfoot in the woods.

“We’ve all had experiences that have changed our lives, I mean, literally shook the foundation of what we believe in,” Dennis Pfoul, the group’s project manager, said at the news conference.