Emerging star QB for the NFL’s San Francisco 49ers, Colin Kaepernick was out on a very special date night last night with a woman almost twice his age! And she’s famous to boot! The lucky girl is actress, Sanaa Lathan! Colin’s teammate Nnamdi Asumgwa is already married to Sanaa’s good friend, Kerry Washington., so can you say, “set up?”

It’s early on in their blossoming relationship but it’s safe to say, Sanaa is already smitten! 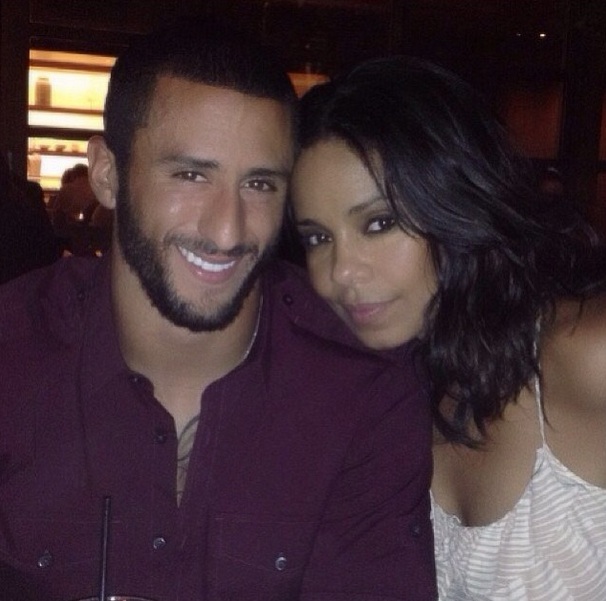 The Alien vs. Predator, actress shared this photo on her page with the caption “@kaepernick7 xoxo.”