Looking back, this was one of those “signs” Lamar Odom was already off the rails or should I say ON the rails, after being snapped, March 6th, 2013, sleeping outside of a court proceeding on a public bench after an all-night party bender.. 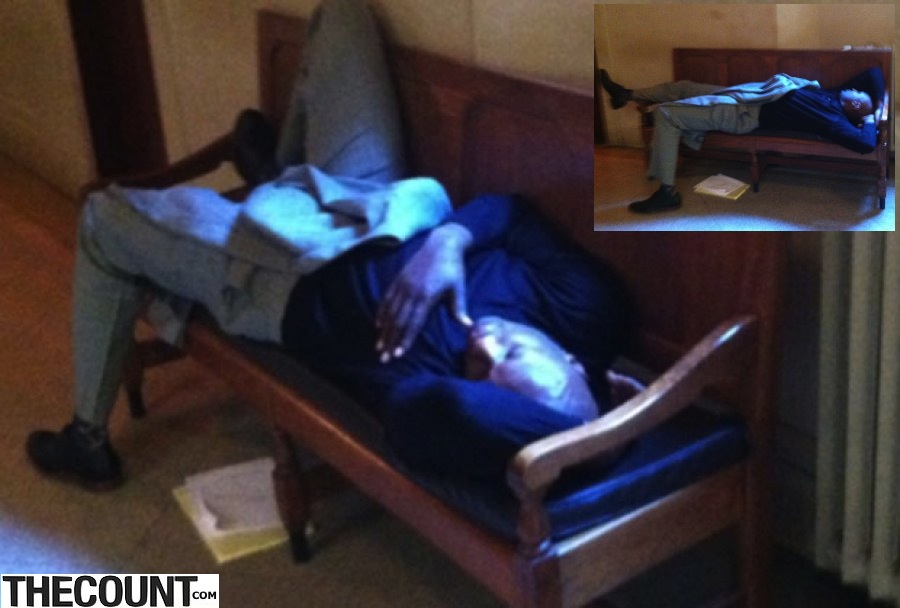 What makes this picture more interesting is to note WHO the baller was partying WITH the night before his hour-long slumber, none other than, his wife, Khloe Kardashian.. So maybe Khloe’s not Miss innocent after all? Is it possible Khloe only got upset over Lamar’s drug use after catching him red handed smoking drugs with other females?

Odom was in court over his child custody case with Liza Morales, his ex. The ex-Clippers baller was in court over visitation rights, child support and reality show appearances for their son, Lamar Jr., 11, and their daughter, Destiny, 14. So the “appearances” never panned out..