Take comfort in knowing there is a very good chance this is just a bunch of bull.. A One Direction fan has taken her love for the boy band to a whole new level, reportedly killing her own pet dog after the group failed to follow her back on Twitter. 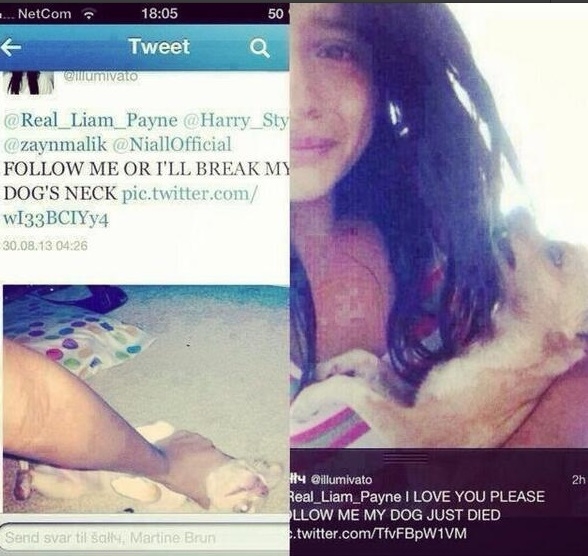 Someone tweeting from account name @illumivato, mentioned 1D in a tweet threatening to kill her pet Chihuahua if they didn’t start following her. The tweet depicted a woman appearing to choke a small dog.

Later the fan followed up with a tweet saying,

‘I LOVE YOU PLEASE FOLLOW ME MY DOG JUST DIED’.

The tweet also had a photo attached showing what appeared to be a girl crying while cradling a dead dog.

At the time of publishing this story, One Direction has not commented on the report.