Call it coincidence or call it common sense, a moving truck showed up at the home of druggy NBA player, Lamar Odom and his wife Khloe Kardashian fueling rumors that the baller has officially been given his walking papers.. 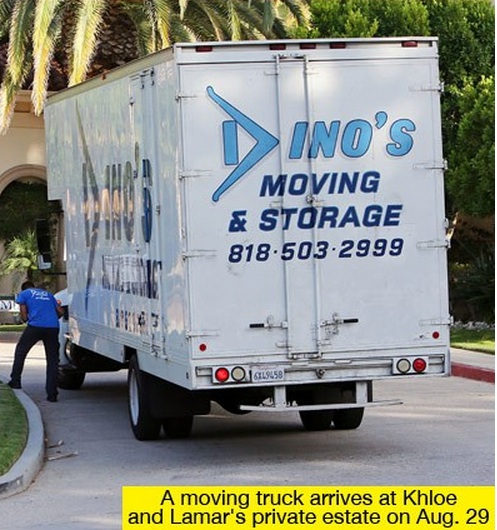 After weeks of rumors about husband Lamar Odom‘s alleged drug addiction and infidelities, it seems like Khloe Kardashian may have finally had enough. Just two days after Lamar moved back in with Khloe, a moving truck arrived at the couple’s home in their gated community in Tarzana, Calif.

Just a string of bad news on top of bad news as Lamar was also officially cut from the L.A. Clippers..