Real Housewives of New Jersey” stars Teresa Giudice and her husband Joe were formally indicted on 39 counts including bank fraud, conspiracy to commit mail and wire fraud and tax evasion.. In comparison, John Dillinger was indicted on a smidge over a few dozen charges.. I realize this sounds serious as hell, but you can literally indict a ham sandwich. These guys are about to go on quite an odyssey. Let the games begin.. 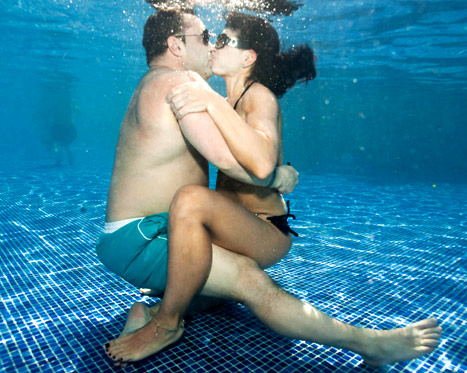 U.S. Attorney, the Giudices conspired to illegally obtain mortgages and other loans from multiple banks by intentionally overestimating their incomes in order to get more money.

The Giudices also allegedly withheld vital information about their net worth from a U.S. bankruptcy trustee after filing for Chapter 7 in 2009 — including Teresa’s true income from the reality show.

As for tax evasion, Joe is accused of failing to file income tax returns for the years 2004-2008, during which he allegedly earned $1 million.

Fast thinking lawyers for the couple convinced the court to allow them report on their own reconnaissance on Tuesday morning in Jersey.