Justin Bieber not only spits on people who object to his erratic driving, he also spits on his unsuspecting fans too!!! “Bieber the spitter” was snapped spitting on his fans as they admired him from below.. 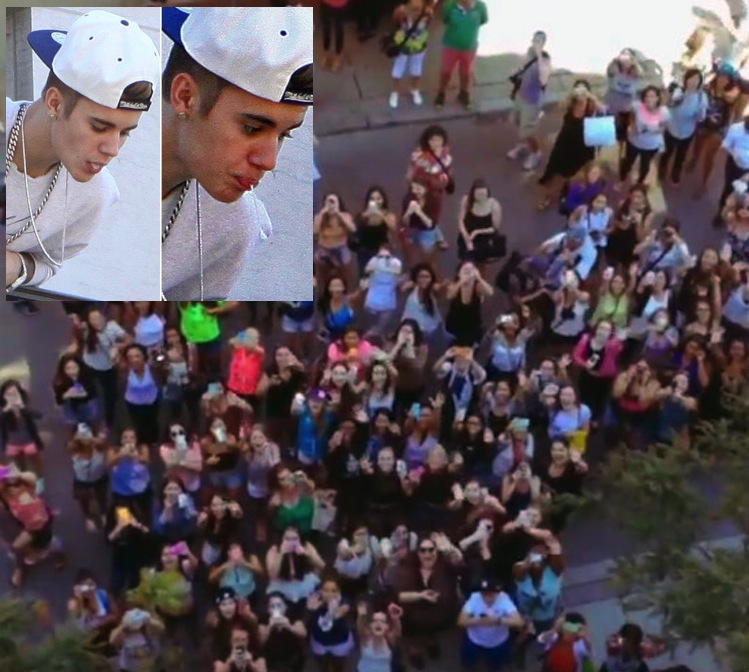 The photos were snapped Thursday in Toronto, where Bieber was perched atop his hotel balcony. We can’t tell what, or who, was directly under him as he dropped his saliva-bomb. It is worth noting … hordes of fans were gathered outside the window of his hotel room all day — he even posted a Bieberview pic on Instagram. tmz