Colorado theater shooting crazy James “Joker” Holmes will be restrained during his trial but you won’t see those restraints because the killer will be wearing a hidden harness that will be anchored to the floor of the courtroom.. 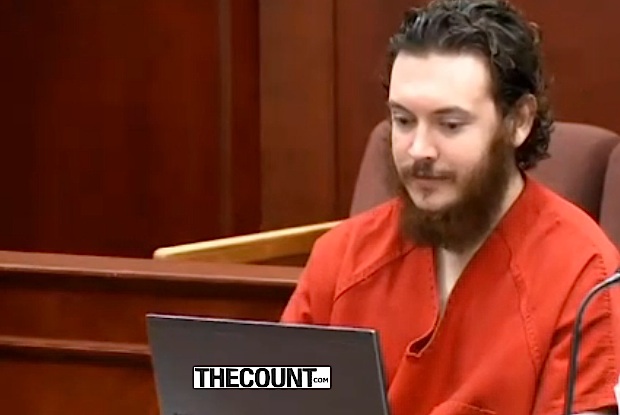 Judge in the case, Carlos A. Samour Jr., ruled Holmes will be allowed to forgo the usual shackles worn by most criminals in court in exchange for the custom fashioned harness.

He has worn heavy shackles on his wrists and ankles during pretrial hearings. His lawyers wanted him to be unshackled during the trial, saying the restraints would make him look guilty to the jury. Jurors will be prevented from seeing Holmes’ harness because the anchoring cable will blend in with computer cables at the defense table. source.

The judge also ruled that the jury will NOT be sequestered during the trial, which is set to start in February, 2013, and is expected to take approximately four months.

Holmes is accused of killing 12 people and injuring 70 others at a movie theater in the Denver suburb of Aurora in July.