On the heels of the horridness that is Aaron Hernandez, Indianapolis Colts safety Joe Lefeged was arrested early today and charged with possessing an unregistered semi-automatic pistol. The gun was located but only after the car he was riding in took police on a wild ride.. 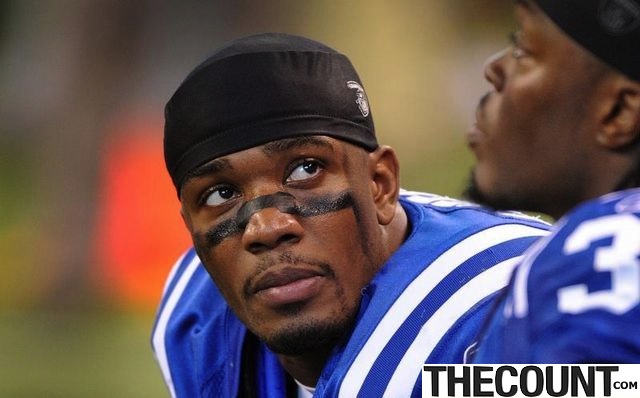 Police say officers stopped the car for speeding and because one passenger, identified as 23-year-old Aaron Wilson, was standing upright in the backseat of the convertible. After police told the driver to put the car in park, the driver sped off, nearly striking the officers, the court records show. Lefeged and another passenger were caught when they tried to run from the car in different directions, police said. The driver got away.

Police say they recovered the car nearby and arrested Lefeged as he tried to run away. They found a .40-caliber semi-automatic handgun “in plain view sticking out from underneath the front passenger seat.” AP.

Cops smelled weed in the car and found an open container of yummy gin and juice along with the pesky semi-automatic pistol under the front passenger seat..

The Colts issued the following statement, “We are aware of the reports regarding Joe Lefeged in Washington, D.C. At this time, we will have no further comment on the pending matter until we gain more information.”