So should you go and spend your hard earned money on World War Z starring Brad Pitt? Read what the critics are saying first.. ‘World War Z’ Movie Reviews… 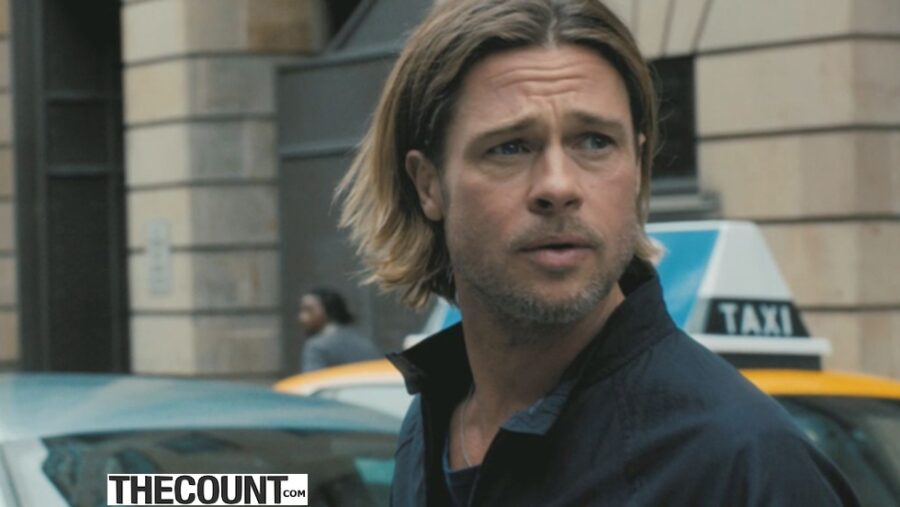 The movie, loosely adapted from Max Brooks’s 2006 novel of the same title, is under two hours long. Its action set pieces are cleverly conceived and coherently executed in ways that make them feel surprising, even exciting. Brad Pitt, playing a former United Nations troubleshooter pressed back into service to battle the undead, wears a scruffy, Redfordesque air of pained puzzlement. And, best of all,World War Z, directed by Marc Forster from a script with four credited authors, reverses the relentless can-we-top-this structure that makes even smart blockbusters feel bloated and dumb. The large-scale, city-destroying sequences come early, leading toward a climax that is intimate, intricate and genuinely suspenseful.

Be prepared for a relatively grown-up, modestly intelligent and refreshingly un-bombastic thriller that owes as much to medical tick-tocks such as Outbreak andContagion as it does to 28 Days Later and the seminal works of George Romero. Anchored by a solid lead performance by Brad Pitt, who plays a happy Philadelphia househusband pulled back into his old profession of U.N. investigator when a zombie apocalypse threatens to destroy the world, World War Z may not break new ground in either of the genres it straddles. But it deserves a certain amount of credit for refusing to buy into the current cinematic arms race in Biggest, Loudest and Dumbest.

World War Z becomes World War ZZZZZZ. There is but one protagonist and he’s a dullard. Under normal circumstances, you would be forgiven for thinking that Pitt appropriated the property (à la Tom Cruise) for his own megalomaniacal ends, but the actor has appeared in enough ensemble pictures (and worked with enough dreamy auteurs like Terrence Malick) to dispel the idea that his vanity pushed out other considerations. My hunch is that Pitt and his team tried it Brooks’s way and couldn’t make it work, and so went back — with tons of money having already been spent — to what they knew: One hero, one arc, one overriding motivation.

World War Z plays a bit like a series of separate films and the juncture where the new final act was grafted onto the proceedings is unmistakable, but unless you knew about the film’s troubled past, you’d never guess it existed. Against considerable odds, the ability and professionalism of the cast and crew have carried the day.

Once you figure out the first rule of Zombie Fight Club — nothing too bad can happen to Brad Pitt — the movie is, despite intermittent thrills, rote. There are several intense chases and some dazzling trailer-bait set pieces such as one on a jet. But stapling together trailer moments does not a movie make.