James Gandolfini’s 13-year-old son, found his dad collapsed around 10 p.m. on the floor of their shared hotel room bathroom. Michael Gandolfini was the one that first made the call for help, says the owner of Hotel Bocolo in Rome. 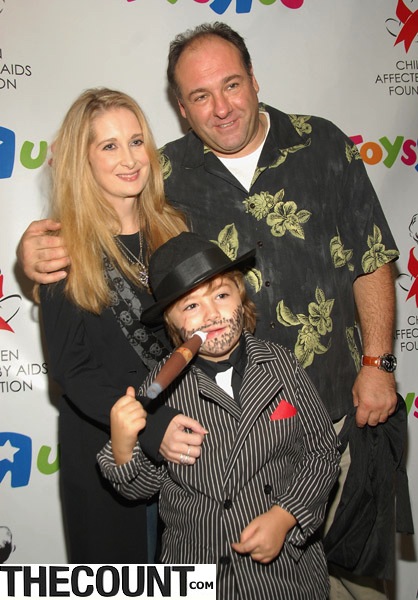 James Gandolfini, 51, suffered an apparent heart attack while on a father-son vacation in Italy.

Antonio D’amore, who runs the ritzy hotel, told the Today show that James’ teenage son was with his father in the room and called for help. Hotel staff arrived to the room and found the Soprano’s star unconscious on the bathroom floor.

Reportedly, hotel staff and then EMTs attempted to resuscitate him, but he was later pronounced dead at the Policlinico Umberto I hospital.

On a side note, GUNS N’ ROSES singer Axl Rose was a huge fan of The Sopranos,

“Sad to hear the news about The Sopranos star James Gandolfini. Here (is) a couple pics from Season 6 premiere party.”

“It’s truly an honor to have been able to share one of the greatest moments ever in TV history with James Gandolfini. He was an amazing actor – taken way too young – and he’ll be missed. Our condolences go out to his family.”