KOBE Has His OWN Statue In CHINA?

Check out this cool statue of Kobe Bryant donning his Lakers uniform and standing with a basketball under his arm! You wont find this bronze life-sized Black Mamba, this appears to outside China’s Guangzhou Academy of Fine Arts’ Sculpture Museum! 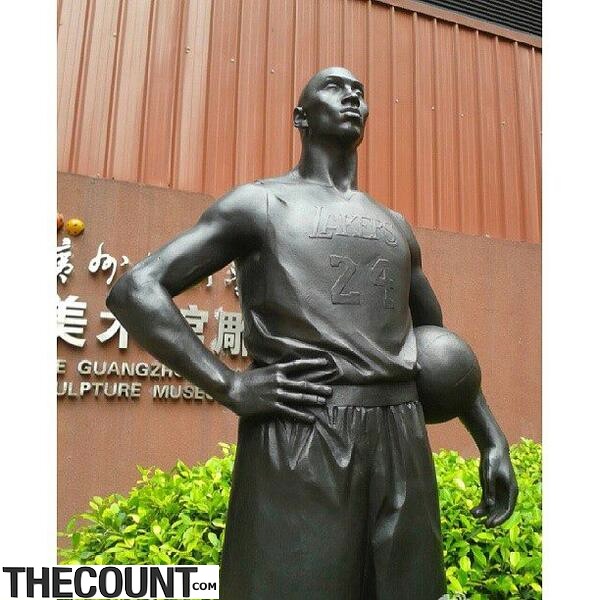 Kobe has become a favorite in hoops-loving China, holding clinics, appearing in commercials, meeting fans and, during the 2011 NBA lockout, there was even talk of the star joining the Chinese league.
LATimes.

A sculpture of former Laker Shaquille O’Neal towers over a Beijing park, so perhaps it was only a matter of time for a Kobe cast to appear?