A ridiculously stupid Florida woman who videotaped her OWN racist, profanity-filled rant performed at a local Dunkin’ Donuts (DNKN) is getting a boatload of blowback..

Taylor Chapman posted a video of herself coming down harshly on a DD employee and now she will live the rest of her life as a known rasist.. And a complete idiot.. 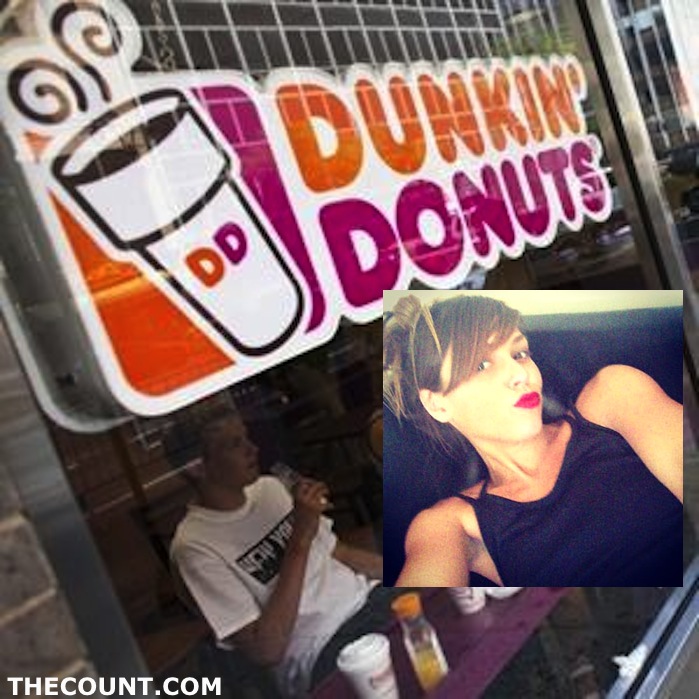 Talk about getting your world turned upside down! Vengeful Internet users even posted Chapman’s home address, phone number, email addresses and date of birth. The 27-year-old is being slammed online as a horrible person. She has deleted her Facebook page and is being hounded by The Smoking Gun and other sites.

“Well, guess what? This s**t’s about to go live, b**ch. Right on Facebook,” Chapman announced. “‘Cause I already posted what your dumb ass did last night. So I hope you’re happy with your little f**king sand ni**er self. Cause I’m about to nuke your whole f***ing planet from Mars. You think ya’ll are tough big fat Arabs bombin’ the Trade Center? I’ll show you tough.”

Before ending her recording, Chapman tells another customer that her video was heading for YouTube, where she hoped it would “get a million f***ing hits.” Which, as it turns out, might have been an underestimation on Chapman’s part.

Two employees who took her abuse, including an unfailingly polite 18-year-old who earns about $8 an hour, are getting lauded by Dunkin’ Donuts. “We commend the franchisee’s crew member for handling this difficult situation with grace and patience,” the company said in a statement sent to Gawker. The owner of the franchise has reached out to the employee to express appreciation, Dunkin’ added.

Others have started an campaign to raise $10,000 for the two employees, though by Wednesday the campaign had received only $585 in pledges.

The teenager, Abid Adar, told The Smoking Gun that he had never encountered a customer as rude as Chapman. He plans to attend Florida Atlantic University in the fall and hopes to become a doctor — and from what we’ve seen, he will probably be a very patient one.