Cleveland Indians two-time All-Star closer Chris Perez, charged with misdemeanor possession after marijuana was mailed to his home in his dog’s name, told drug agents he had pot for personal use and pointed out two jars. The closer’s wife was also involved and charged. 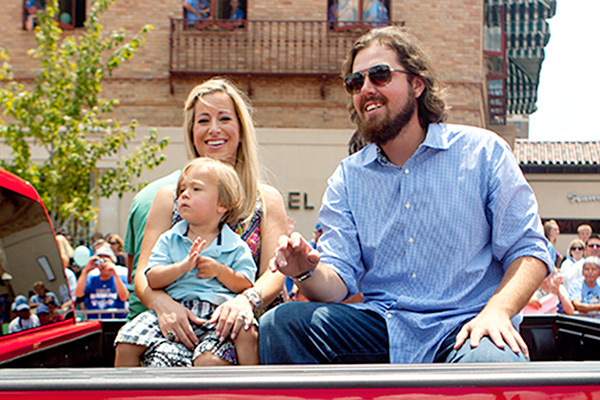 Asked about any drugs or weapons by officers who went to the Perez home on Tuesday with a search warrant,

”’Perez responded that he had `personal use’ marijuana in the basement and volunteered to direct the officers to the location of it,” an investigative report said.

‘He pointed out a number of items of paraphernalia along with two separate `mason’ jars containing a green vegetable matter suspected of being marijuana,” it said.

Melanie Perez, whose maiden name is Baum, told the undercover officer delivering the packages that they were intended for her dog, named Brody. The package was addressed to Brody Baum, according to postal inspectors.