Toilet water coffee? The Starbucks’ chain located in Honk Kong has been forced to make changes to the way they brew the brew after reports surfaced that the coffee giant was using “toilet water” from a nearby public restroom. 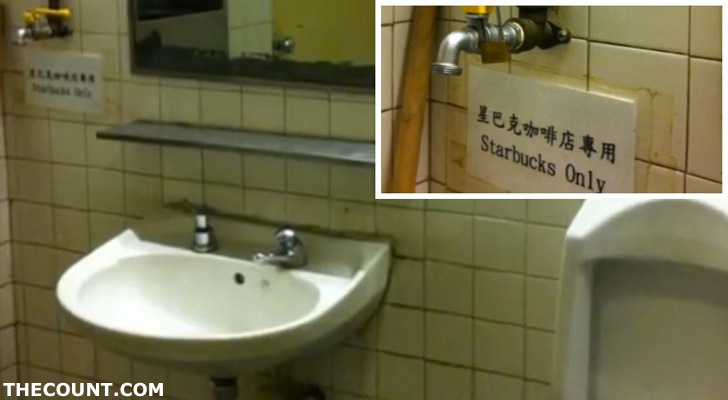 According to HK magazine, the super popular Starbucks outlet located on the first floor of the Bank of China Tower has been brewing it’s joe, for the past two years, with the building’s car park restroom water.. The practice went viral after a newspaper ran video evidence.

The newspaper said an employee from Starbucks would push a cart with a big bucket to collect water. A reporter observed that a plastic hose was used to connect water from a sink next to an urinal. After filling the bucket, the employee would wheel the cart back to the coffee shop. The local food and environmental hygiene department told Apple Daily the Starbucks’ use of tap water from the restroom is not in line with their regulations and issued the shop a warning with a threat of further actions.

The bad news for the coffee retailer couldn’t come at a worse time, they are also catching heat for changing their policy to shoo away smokers.