After 12 seasons, “American Idol” is down one dawg, and up one potential superstar as Candice Glover beat Kree Harrison for the grand prize of a record contract, and Randy Jackson signed off as a judge for the final time. 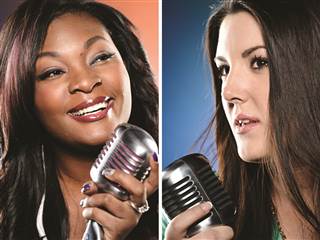 “I can’t even … three years!” Candice barely squeaked out as she stood shocked by the results. The three years she was referring to? This was her third try on the singing competition, having tried out previously in seasons 9 and 11.

The 23-year-old from South Carolina put on decidedly stronger performances than her rival Wednesday night, especially when she offered up “I (Who Have Nothing)” once more. She opened a capella, giving the audience the chance to hear nothing but the strength of her powerful voice. Source.