The actor was joined by Andrew Garfield, who was spotted chating with his body double. (Hey, two Spideys is better than one). 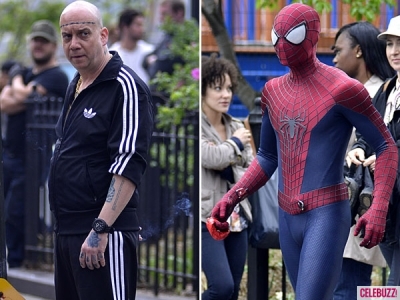 TRENDING: NOW YOGA PANTS? How Does Kim Kardashian Pull It Off With The Bump?
CLICK PHOTOS TO SEE MORE
POST NOWTWEET NOW 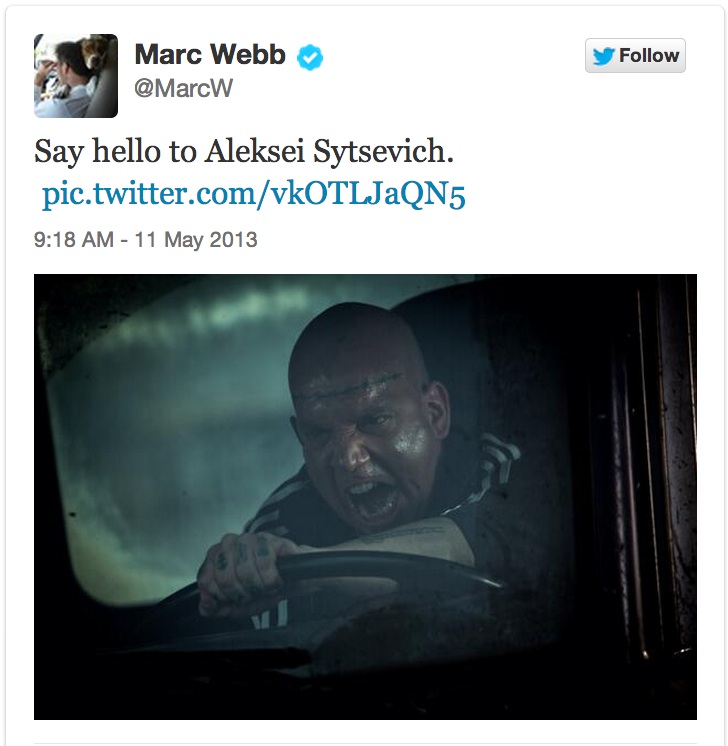 Giamatti’s Rhino is the other villain that will be featured in the Marc Webb-directed sequel to the 2012 reboot. In April, fans got a first look at Jamie Foxx as Electro.

Some directors, such as X-Men: Days Of Future Past’s Bryan Singer take the occasional approach to their behind-the-scenes Twitter picture catalogue. The Amazing Spider-sequel’s Marc Webb, on the other hand, has plumped for the blitzkrieg, snap-happy, pic-a-day idea. This weekend he offered up a real gem, though, with the first clear, proper pic of Paul Giamatti as The Rhino.
Empire.