Manti Te’o not picked in NFL Draft? That’s fresh! Are you kidding me? After all that, this guy doesn’t get a job playing with the pigskin?

The Notre Dame linebacker was not taken in the first round of the NFL draft Thursday. And so fans — and even people who don’t normally care about football — will buzz for another 24 hours about the fake girlfriend hoax and its repercussions on his football career. But what likely dropped Te’o to the second round had little to do with the tabloid-ready story of the woman who supposedly died during the season, only for the Heisman Trophy runner-up to acknowledge in January that he had been a victim of a hoax. Before those revelations, Te’o struggled in the national championship game against Alabama and its offense full of future NFL draft picks — leaving clubs to wonder how he would fare against similar talent in the pros. source. 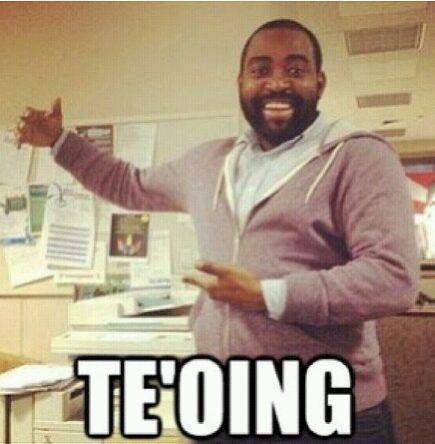 So all that noise about this guy being gay and having a boyfriend or girlfriend or a fake invisible friend and he doesn’t even get a job!