Best Man Fatally Stabs Bride.. Well this could certainly qualify as the saddest story I have had the misfortune of reporting on all year! A Raleigh, NC woman was allegedly fatally stabbed by her husband’s best man! 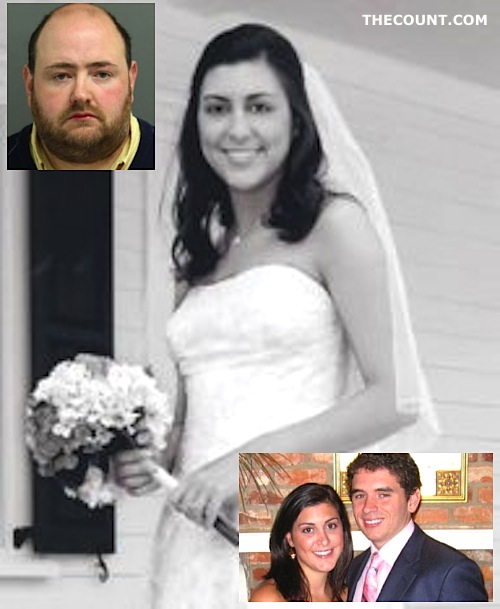 Jameson “Jamie” Kirk Hahn, 29, was badly injured, along with her husband Nation Hahn, 27, when police said Jonathan Wayne Broyhill – who was formerly a close friend to the well-known political couple and was Hahn’s best man – allegedly stabbed the bride and wounded her husband at their North Raleigh home before turning the knife on himself, WTVD is reporting.

According to a statement by the Hahn family, Jamie passed away shortly before 2 a.m. Wednesday.

“Jamie lost her struggle to live this morning,” the family said in a statement. “We lost a beautiful and loving wife, daughter and friend. We all lost a pure and brave spirit.” The family said they were inspired by how the community rallied behind Jamie. “It is our fervent hope that an even larger community will be inspired now by the way she lived her life,” the family continued. “She dedicated her life and her work to the ideal that we were put on this earth to care for those who need an extra measure of care. She believed in justice, opportunity and fairness for all. Her light will shine on in all of us who knew and loved her.”

The Hahns, who have been heavily involved with Pullen Baptist, are well-known in statewide and national Democratic political circles as young and talented strategists and fundraisers.

According to the report, a wedding announcement in a South Carolina newspaper listed Broyhill as the best man at the couple’s wedding in April 2009.

The Hahn family said Broyhill did not live with the couple, but visited regularly and even ate dinner with them on Monday.

Broyhill has been charged with attempted murder and assault with a deadly weapon with intent to kill inflicting serious injury. Raleigh police said they are in the process of charging him with murder following Jamie’s death and arrest warrants are expected to be served once he is released from WakeMed.