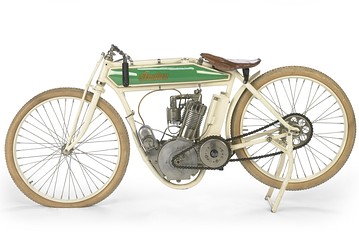 So if you got enough money on hand and you wanna be like the guy who purchased the Batmobile, then here’s your chance to own McQueen’s motorcycle, it doesn’t get much better.. The following bikes pictured in this post were also owned by McQueen but I could not find a picture of him on this exact bike. 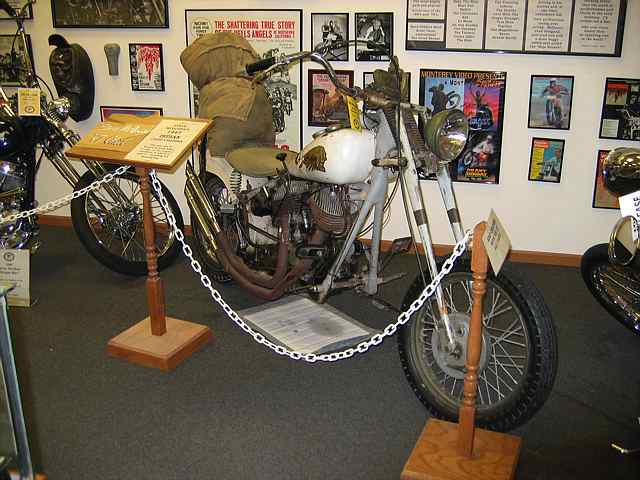 The classy flat-out cycle is expected to fetch many times its estimated value. 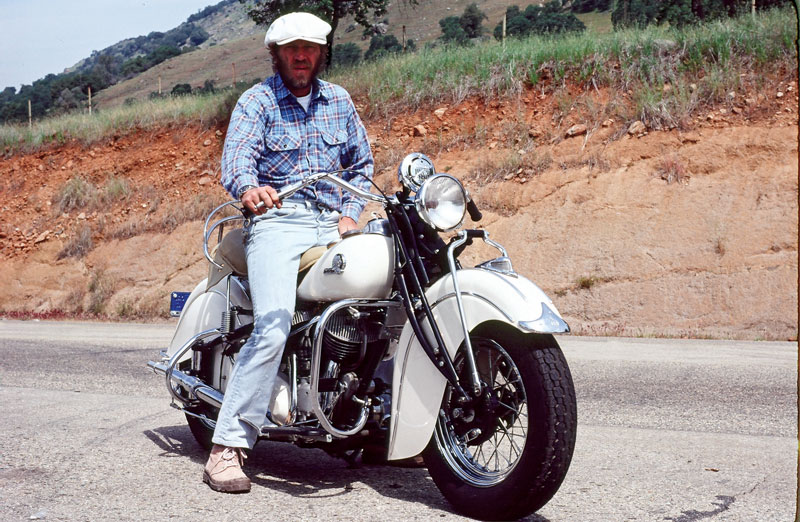 The early board-track racer was from the era of banked wooden tracks and had no clutch, throttle or brakes. 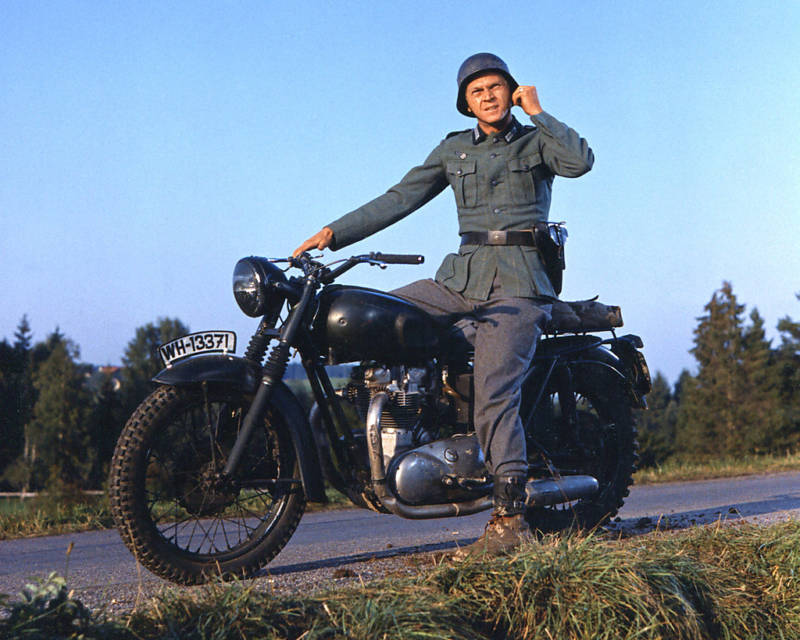 They were push-started and ran “wide-open” at speeds up to 100 mph. 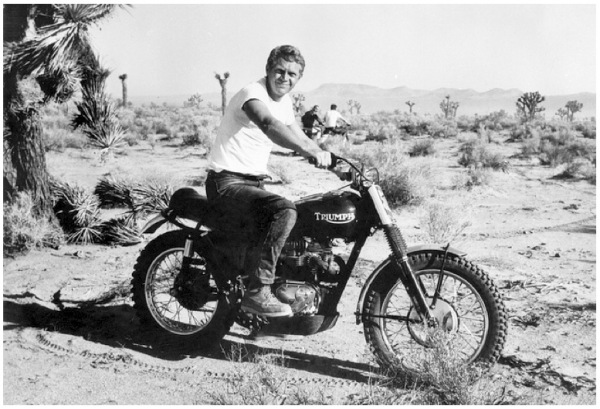 “The men who raced these early board-track motorcycles were not only pioneers and champions of early motor racing but must also have been incredibly brave,” said Ben Walker, head of Bonhams’ motorcycle department. 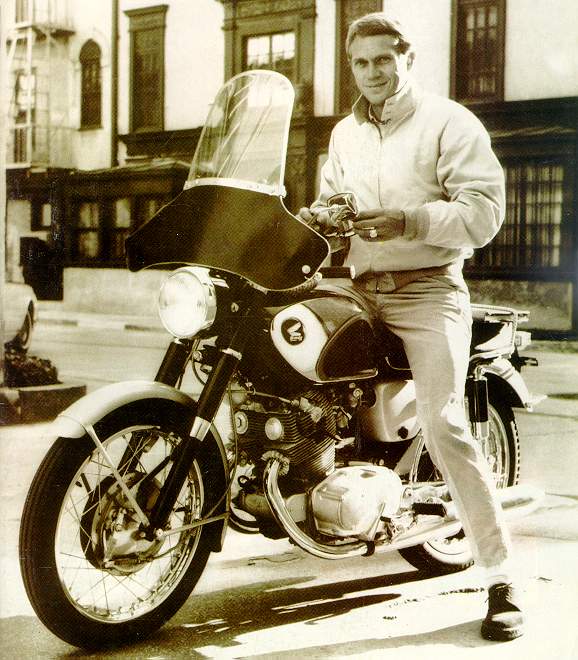 “In this age of health and safety the idea of riding at up to 100 mph with no helmet or protective clothing, knowing you have no way of stopping in a hurry, is a terrifying thought.” 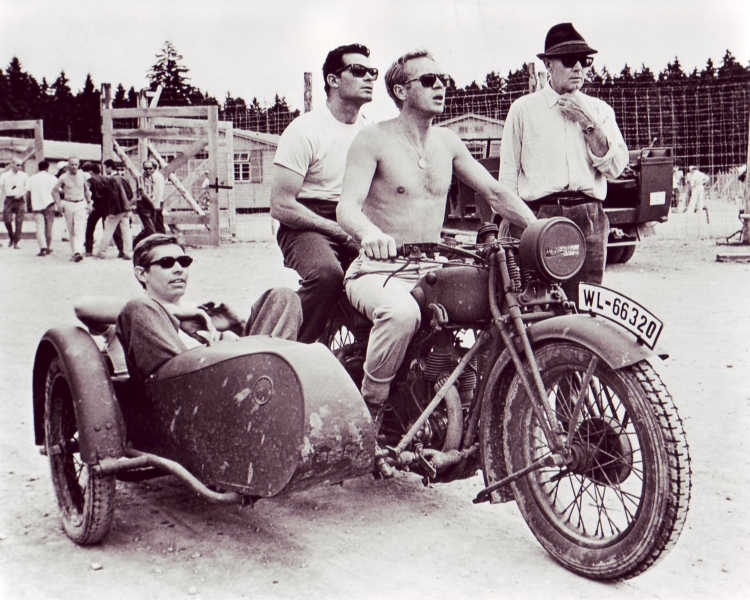