New Kid quits mid-show: NKOTB Fans, be afraid, be very afraid, because the tour of the century (or at least – the decade, okay maybe – the year – OKAY – THE MONTH!) is in serious jeopardy.. 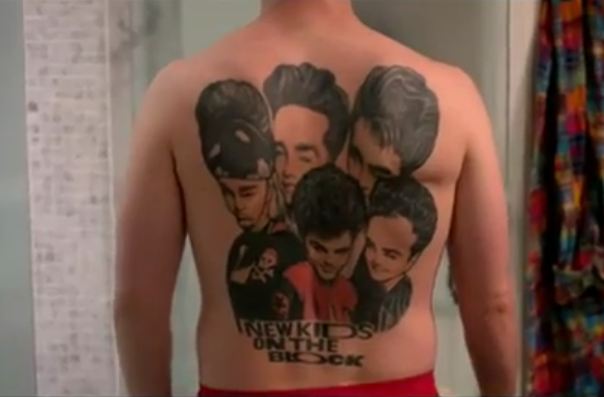 Jonathan Knight’s mid-concert walkout a few days ago really raised the red flags on whether the former boy-band star was ready for a world-wide tour.. The other band members are trying to make every thing APPEAR OK BUT – Though things looked back to normal on Friday, with an appearance on the Today show, word on the street is, Jordan is in bad shape, and no shape to go off on a tour..

Less than 24 hours earlier at the iHeartRadio Theater in New York, Knight had walked off after appearing to suffer an anxiety attack (the video of this incident is embedded below). The remaining members of the band, Jordan Knight, Donnie Wahlberg, Joey McIntyre, and Danny Wood, stayed on stage without Knight to finish the track “Survive You.”

The fellow band members were quick to downplay the incident late Thursday, joking that Knight had to answer a call of nature and had got stuck in the bathroom. McIntyre later calmed fan fears over Knight, tweeting:

“Not 2 worry BHs, all is well w Jon! It was a crazy album release week & we are all on a plane to Napa & look fwd to a grt show this weekend!”

“We love Jonathan and he loves us.”

The incident wasn’t mentioned in the group’s interview on Today, but bandmate Joey McIntyre later tweeted:

So proud of @jonathanrknight for coming back strong on the @todayshow this morning. We Own Tonight sounded good.. Source.