A plague of locusts descended Saturday on agricultural farms in Giza and on Cairo. Egyptian Agricultural Minister Salah Abad Almoman said the swarm is comprised of an estimated 30 million insects and was causing great damage. 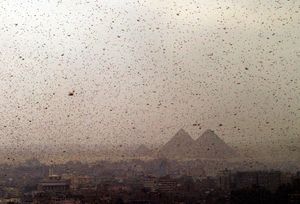 In Cairo, residents burned tires to create a black fog to keep the locusts from settling in the city. Swarms were also reported to have reached Egypt’s Red Sea city of Zafarana, some 200 kilometers (124 miles) from Cairo, and then the Upper Egyptian city of Qena where locusts appeared in at least three major villages. 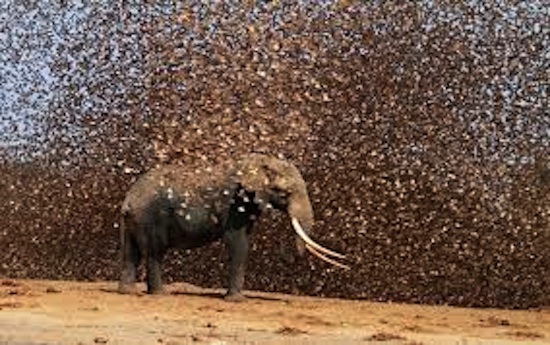