This is crazy! The man killed by a great white shark was a well-known directer! The award-winning TV and film director was killed in the shark attack off the coast of New Zealand. The victim identified as 46-year-old Adam Strange. 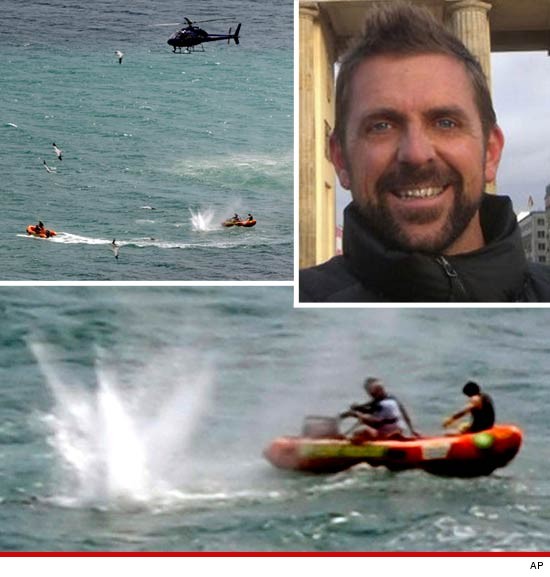 An award-winning TV and film director was killed in a gruesome shark attack off the coast of New Zealand today … as authorities grabbed guns and opened fire on the animals. 46-year-old Adam Strange — who’s directed a whole bunch of international commercials for companies like Pepsi and Firestone — was swimming at a popular NZ beach when a Great White pulled him underwater. According to local reports, at least 3 other sharks were drawn to the attack. Local police jumped in a small boat and raced over to the scene … joined by a helicopter. The cops fired at least 20 shots at the sharks, but it was too late. One shark was reportedly killed in the gunfire … and its body — measuring 14-feet long — washed up on shore a short time later. As for Strange — authorities were able to recover his body after the attack. Strange didn’t just direct commercials — he also won Best Short Film at the Berlin Film Festival in 2009. He leaves behind a wife and small child. tmz