Daytona, FL during the Nationwide series race, Kyle Larson’s Chevrolet went airborne and went crashing into the protective fence. He was involved in a twelve car wreck where his tire and engine went into the catch-fence. 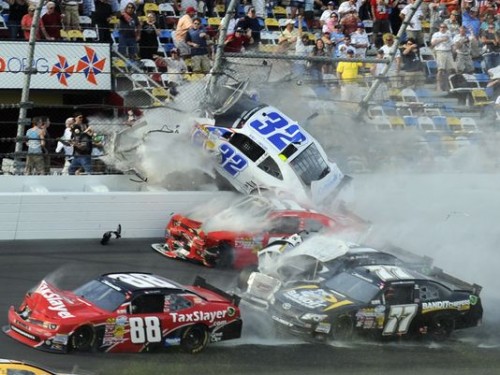 According to ESPN, Sergeant John Creamer of the Daytona Beach Police said 15 fans were injured. Eleven were sent to Halifax Medical Center, with one on the way to surgery with head trauma and listed in critical condition. Four fans were transported to Florida Memorial Hospital with minor injuries, and they are expected to be treated and released.

You can watch the horrific crash here:

Let’s send our prayers for those who’ve gotten hurt from this event.