Cop Who Signed Off On Chris Brown Community Service Resigns

Chris Brown already learned this one… But I’ll tell you hellions out there a little secret. If you ever happen to get sentenced to community service, just give the forman $40, and he’ll sign-off on your entire debt to society. At least that’s what my uncle tells me. Is this what happened to Chris Brown and his “community service?” Did he just pay his way out of it? Apparently the same “payoff the foreman” rule applied to Chris Brown that applied to my drunken uncle. 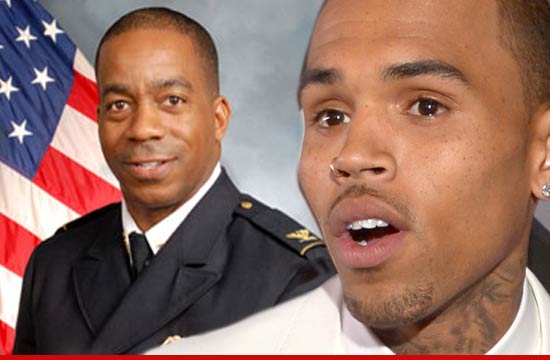 Bryan Norwood, Chief of the PD in Richmond, Virginia, was intimately involved in certifying Brown’s community service hours — hours the L.A. County D.A. claims were never performed.  Norwood was instrumental in removing Brown’s case from the Richmond Probation Dept. and placing it squarely in his hands.  Norwood also wrote a letter to the court vouching for Chris … claiming all of his community service had been performed.
tmz

I smell a well groomed rat!