Kanye West topped his Sasquatch outfit! This time performing in a straight jacket! 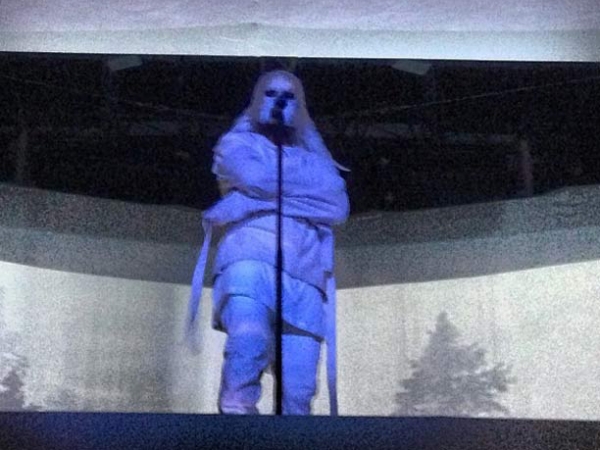 Kanye West brought out another Kanyeti mask last night (January 31), only this time it was much more bonkers as he was also donning a straitjacket. At Du Arena in Abu Dhabi, Yeezy opened his show in the restrictive get-up, thus rescuing straitjackets from years of cheesy “wild & crazy” vibes at the hands of hair metal videos and returning the garment to its creepy glory. Rap game Michael Myers. Check out some video of the performance after the jump. source