Just one day after bragging on POLITICO, that he will someday be “bigger than the O’Reilly Factor” and touting Alex Jones as “the smartest booking ever!” (based on the ratings it dragged in for CNN) it appears Piers Morgan has sunk to an all-new ratings low in the cable news ratings war. Low as in last. 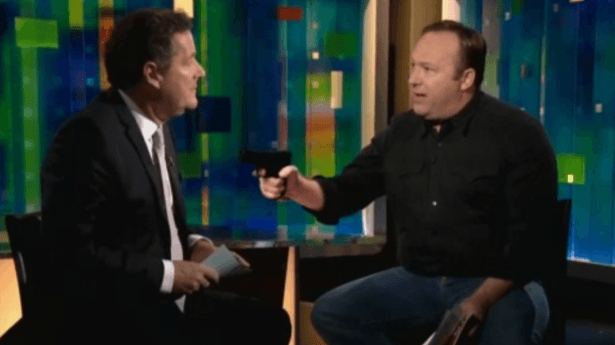 “The best thing about Alex Jones is that 8 million people watched that video on YouTube,” Morgan told POLITICO in an extensive interview at his CNN office in New York. “I would suggest it’s the smartest booking we’ve ever made. The attention that interview got exploded this issue back onto the agenda for the entire week leading up to what Obama did.”

TRENDING: LeAnn Rimes Karma Lesson 'He Left Her For You, He'll Leave You For Somebody Else'
CLICK PHOTOS TO SEE MORE
POST NOWTWEET NOW

Obviously peers is allowed to claim whatever outrageous claims that he wishes, but the harsh truth is, Piers is now dead last in the cable news ratings…