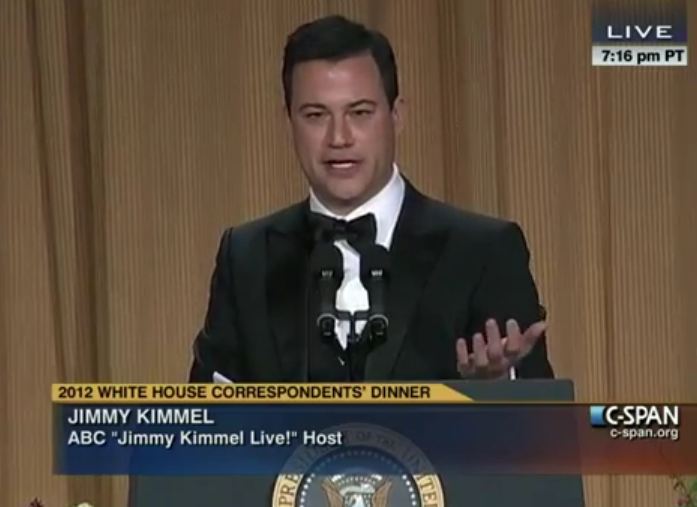 The ABC comic is moving his act to the 11:35 slot, which will pit him directly against Jay Leno and David Letterman.

Kimmel unleashed a barrage of insults directed at Leno, calling out the chinny host,

“As a comedian, you can’t not have disdain for what he’s done: He totally sold out … He was a master chef who opened a Burger King.”

While Jimmy was trashing Leno he was also praising David Letterman,

“If I beat David Letterman in the ratings, does that mean I’m better than Letterman? … No f—ing way.”

And then added this of Jimmy Fallon,

“People are going to compare me and him for years to come – we’re being positioned as the Leno and Letterman of the next round. I like it because he’s a very worthy competitor.”