If you’re like a lot of thecount.com readers, you’ve been wondering just how to tune into tonight’s huge 12-12-12 concert honoring Sandy victims. Your faithful editor has researched the matter and I offer the following options: 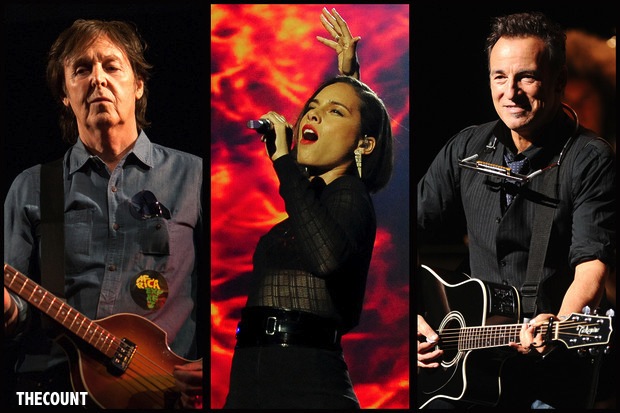 First off, you will have no problem finding this show on your TV set, a staggering Thirty-four television stations will broadcast the concert, including AMC, the Smithsonian Channel and HBO. Additionally, another 30 websites — including Hulu, AOL and Yahoo will stream the show live. Two Sirius XM stations, Channel 20 and Channel 22, will play the show, according to the Wall Street Journal. So I guess the “how to watch part” is, turn your TV set on.

Money donated to the benefit concert is set to go to the Robin Hood foundation.