Police say at least one person is dead and multiple people are wounded after someone opened fire in a Portland, Ore., area mall filled with holiday shoppers. 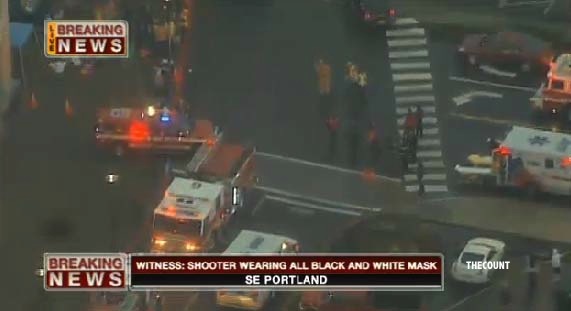 Clackamas County sheriff’s Lt. James Rhodes says he is still trying to get more details about the situation at the Clackamas Town Center, but the gunman has been “neutralized.” He says he isn’t sure whether the gunman is dead.

Authorities are going store-to-store to secure the scene, but Rhodes says there is no indication that there is more than one gunman.

A witness told KATU television that she saw people screaming and parents grabbing their children as they fled the mall.

That witness says the gunman had a rifle and was wearing a camouflage outfit and a mask.