Dennis Quaid and his wife Kimberly are getting a divorce. It was Kimberly who initiated the separation process by filing papers on Dennis asking for some time apart. It was only one short month later that she pulled those docs. 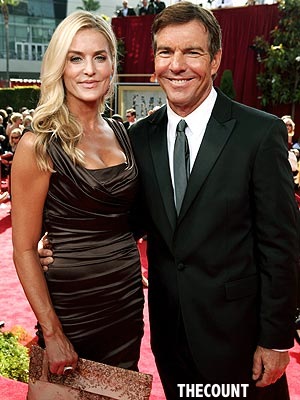 Now it seems that Dennis has had enough, as he is the party officially responsible for filing the divorce first, a bragging right among the rich and famous.

Dennis is seeking joint legal and physical custody of the couple’s four-year-old twins and there will be the usual request for spousal support.

Apparently the couple has been planning to call it quits for sometime now but they could not officially file for divorce until now because they moved to California during the summer and the state requires a 6-month residency requirement before someone can file for divorce.