Justin Bieber and Selena Gomez are history! I warned you guys that something crazy like this might be happening after I noticed what a cute couple Selena Gomez and her hunky co-star made together!

According to a bunch of reports, Selena called it quits last week after realizing she was falling in love with British co-star Gregg Sulkinas. 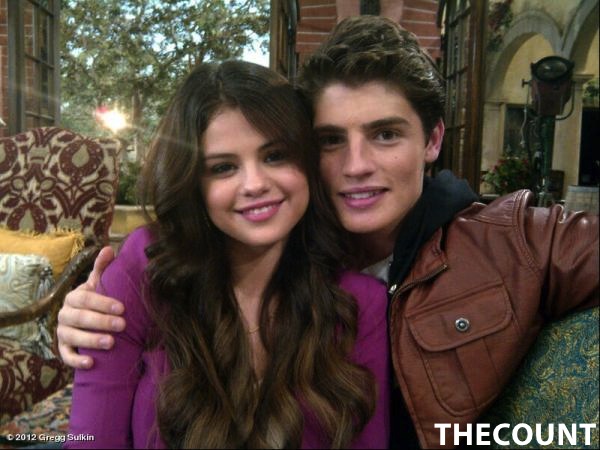 It’s over between Justin Bieber and his girlfriend Selena Gomez. The teen heartthrob split with Gomez before cozying up to Victoria’s Secret models during the VS Fashion Show this week, sources tell Page Six.

Bieber performed at the glitzy runway show at the Lexington Armory on Wednesday night along with Rihanna and Bruno Mars. But off- camera, the 18-year-old singer was spotted asking for phone numbers from the models and hanging out with VS stunner Barbara Palvin after the show.

Now, sources tell us Bieber, whose hits “Boyfriend” and “As Long As You Love Me” have topped the charts, had broken up with actress-singer Gomez, 20, the week before. She’s been shooting “Getaway” in Los Angeles.

A source told Page Six exclusively: “Justin and Selena had been fighting and on the verge of a breakup for about six months. She was constantly calling and checking on him when they were apart. It was causing a lot of tension between them.”

We reported that Bieber was not only hitting on VS models backstage at the Armory, but also at the after-party at Midtown lounge Lavo, where models including Hilary Rhoda, Karlie Kloss, Alessandra Ambrosio and Miranda Kerr all celebrated.

On Thursday, Bieber was later spotted at club Greenhouse with an entourage of 10 people. One of three girls in the group was said to have looked a lot like brunette Palvin. A rep for the club declined to comment.

Palvin also popped up in a Twitter photo with Bieber and rapper Lil Twist. In response, Gomez retweeted the photo with a simple response: “ . . . ” A rep for Gomez didn’t get back to us, while reps for Bieber had no comment.