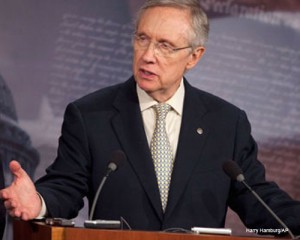 (KTNV) — Senator Harry Reid was hospitalized after a crash on Interstate 15 Friday.

The crash happened just after 1 p.m. on I-15 northbound near Sahara, according to the Nevada Highway Patrol.

Multiple cars were involved in the crash, including four cars in Senator Reid’s caravan. Two other cars outside of the caravan were involved. 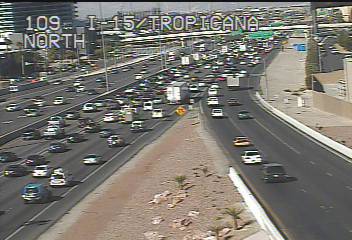 Above is a screencap from a freeway traffic camera on Interstate 15 south of Tropicana Avenue shows the traffic backup from a crash Friday afternoon that involved Sen. Harry Reid.

The extent of Reid’s injuries were not immediately clear.

The LV Review Journal is reporting,

Film footage from a TV news helicopter nearly an hour after the accident shows several large black SUVs of a type commonly used by security teams and an ambulance still at the scene.