The ‘Mola Mola’ fish, aka the ‘Ocean Sunfish’, is a said to be a new fish to California waters this Summer. 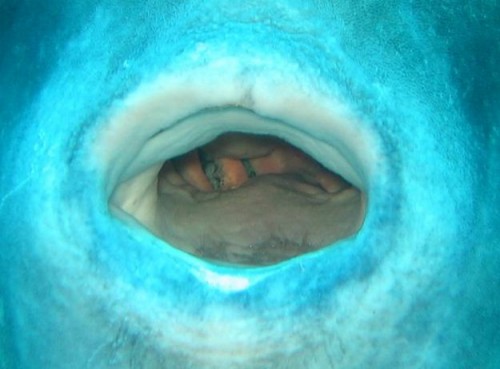 Photographer Daniel Botelho has caused a buzz on the net today, after he posted a photo that he took with a Mola Mola 2 years ago. Botelho’s photo is the first time we’ve ever seen this interesting fish…

GrindTV news outlet says that this ‘alien-looking’ fish who is usually shy around humans, can measure 14 feet and weigh as much as 5,000 pounds. This docile fish is found in tropical and temperate oceans, and feed primarily on jellies, but they also eat squid and small fish. 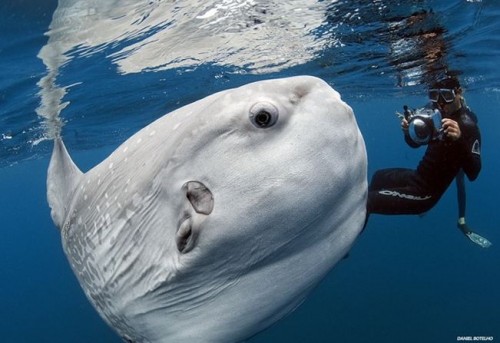 Botelho recalls his encounter with a Mola Mola saying, “There were more than five in the same spot but once I got in the water, as stealthily as I could, they all went out fast,” Botelho explained. “But one specific fish stopped to check what I was, and God knows why the fish decided to follow me. People in the boat said it seemed like a dog following his owner.”