Several witnesses including this man, say that they think someone deliberately let the gunman inside once the movie started. 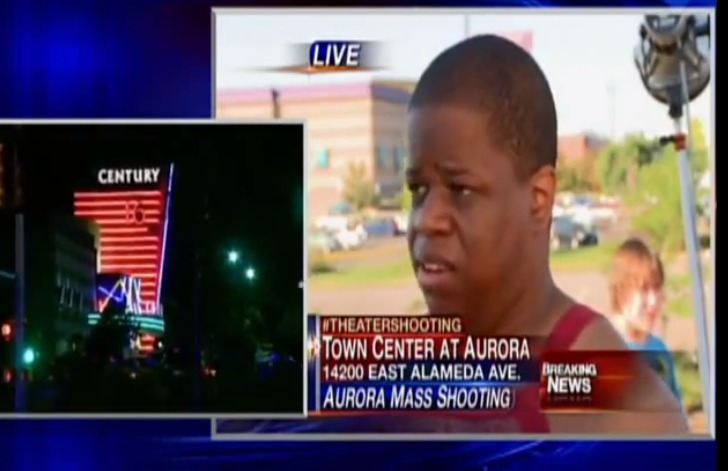 In his own words:

As I was sitting down to get my seat, I noticed that a person came up to the front row, the front right, sat down, and as credits were going, it looked like he got a phone call. He went out toward the emergency exit doorway, which I thought was unusual to take a phone call. And it seemed like he probably pried it open, or probably did not let it latch all the way. As soon as the movie started, somebody came in, all black, gas mask, armor, and threw a gas can into the audience, and it went off, and then there were gunshots that took place.”

Another witness described the possible accomplice as 5’7′ with a medium build.

So far, Police have only arrested 24-year-old James Holmes of Aurora, Colorado, for the shootings.

At least 12 people have died and 38 others wounded when the gunman opened fire during the midnight screening of the newest Batman film, “The Dark Knight Rises.”