INDIANAPOLIS INDIANA — When a woman ordered the lasagna at a local Indianapolis Fazoli’s she had high hopes of a good Italian meal, what she got was a belly full of gross out. After the unlucky diner ate a few bites she noticed the food was crackling and moving… It turns out that the pasta was infested with red spider mites… Zillions of em. 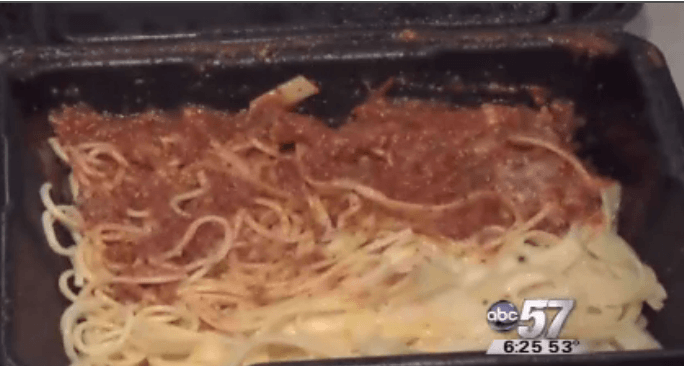 “I was angry. And it almost felt like I had gone and paid almost $13 to eat bugs,” said the woman. “It’s disturbing and it’s against the food code.”

Fazoli’s responded by saying the tiny mites came from a nearby landscaping project and not the kitchen, but that does not explain how the vermin made its way into the pasta. The woman whom did not want her name released said that “she’s not buying it.”

The Health Department has been called in to investigate her claim.